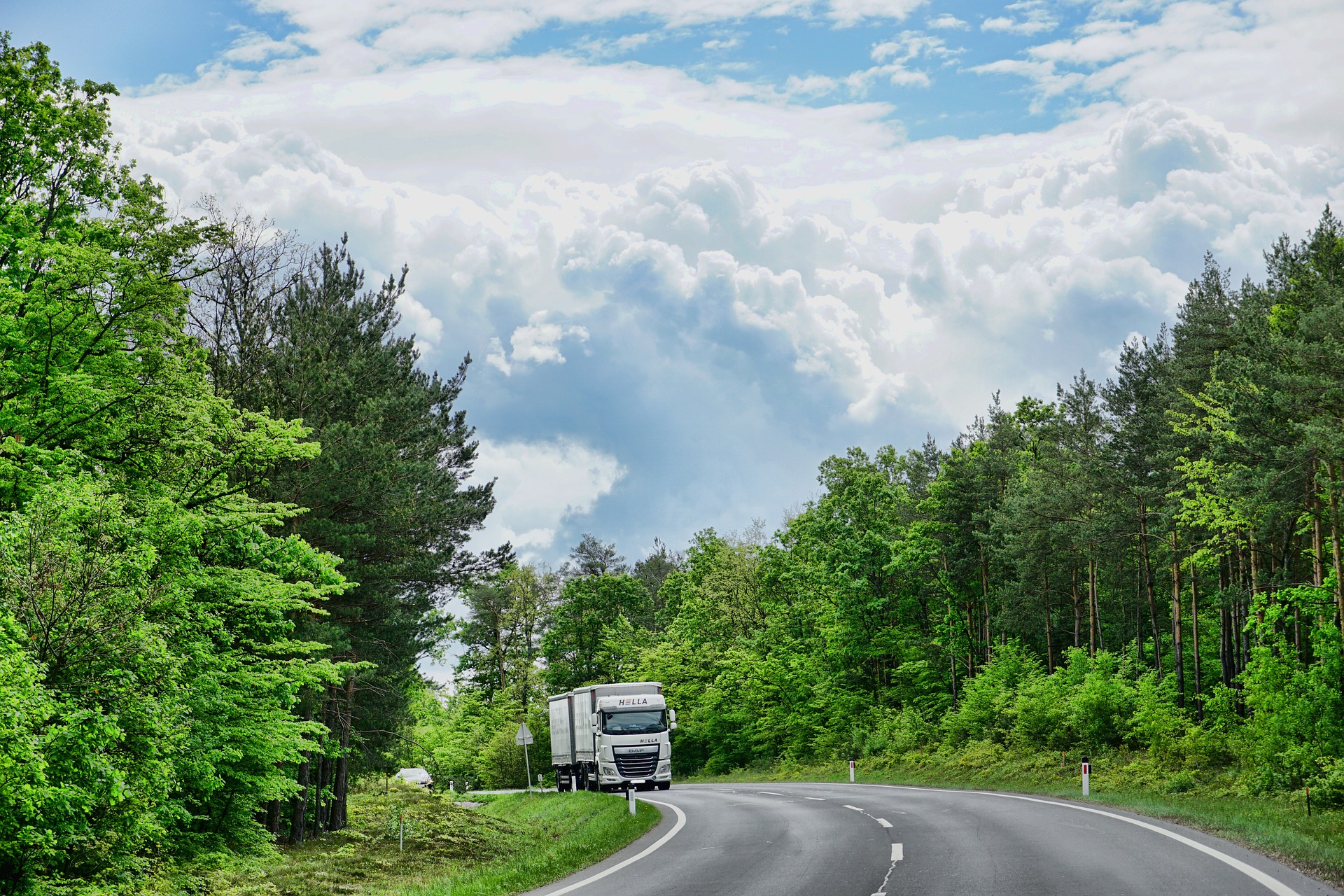 Starsky Robotics, an autonomous truck company founded in 2016 shuts down in March, 2020 after its series B funding falls through.
Many autonomous driving enthusiasts, like me, wondered if that meant self-driving trucks won’t be a reality.

Albeit, the reality is that, it is difficult to develop self-driving technology for big rigs and the companies that are doing so have a huge mountain to climb.

Starsky Robotics autonomous truck was the first fully-unmanned truck to drive on a live highway, and many, like me, thought that from that point there will be no going back. And I still hold dear my thoughts: there is no going back even with Starsky Robotics out of the picture.

The development of self-driving trucks is a race, Starsky Robotics (a popular player) is out but the race is still on.

Let’s get the ball rolling, shall we?

Founded in 2015, TuSimple is developing a commercial-ready Level 4 (SAE) fully autonomous driving solution for the logistics industry.
The company is driven by a mission to increase safety, decrease transportation costs, and reduce carbon emissions.

Find out more about TuSimple on Crunchbase

Embark is building self-driving truck technology to make roads safer and transportation more efficient. We’re moving the entire trucking industry forward. Embark’s technology is already moving freight for five Fortune 500 companies in the southwest U.S. By moving real freight through our purpose-built transfer hubs, we are setting a new standard for how driverless trucks will move freight in the future.

Embark has compiled many firsts for automated trucks, including driving across the country, operating in rain and fog, and navigating between transfer hubs. Embark is advancing the state of the art in automated trucks and bringing safe, efficient commercial transport closer every day.

Embark is assembling a world-class group of engineers from companies like Tesla, Google, Audi and NASA with a professional operations team that averages over a million miles per driver. Working together, we are able to develop a system tailored to the demands of real world trucking.

Find out more about Embark on Crunchbase

Daimler is an automotive company that produces premium cars and commercial vehicles with a global reach. With its divisions Mercedes-Benz Cars, Daimler Trucks, Mercedes-Benz Vans, Daimler Buses, and Daimler Financial Services, the Daimler Group is one of the biggest producers of premium cars and the world’s biggest manufacturer of commercial vehicles with a global reach.

Find out more about Daimler on Crunchbase

Daimler Trucks is the pioneer of automated driving and has a clear roadmap to the fully automated truck. The goal is to make roads safer and help trucking companies boost productivity.

In 2014, Daimler Trucks presented the Mercedes-Benz Future Truck 2025, the world’s first automated truck, and was the first to demonstrate the technological opportunities and great potential that automated trucks have for the economy and society. In 2015, the Freightliner Inspiration Truck got the first road license ever for an automated commercial vehicle.

Next, Daimler Trucks aims for highly automated trucks (SAE level 4). In commercial trucking, level 4 is the natural next step after level 2, increasing efficiency and productivity for customers, cutting costs per mile significantly. At the 2019 Consumer Electronics Show (CES) in Las Vegas, Daimler Trucks announced that it will invest more than EUR 500 million (more than 570 million USD) over the next years in its global push to bring highly automated trucks to the road within a decade.

While doing that, Daimler Trucks follows three basic beliefs: First, Safety has absolute priority; everything must be 100% reliable. Second: Daimler Trucks develops products together with its customers. Third: A clear legal and regulatory framework for operation and liability is needed.

The Volvo Group is one of the world’s leading manufacturers of trucks, buses, construction equipment and marine and industrial engines. The Group also provides complete solutions for financing and service.

The Volvo Group, with its headquarters in Gothenburg, employs about 100,000 people, has production facilities in 18 countries and sells its products in more than 190 markets.

Find out more about Volvo Group on Crunchbase

Vera is an autonomous, electric vehicle that can operate with significantly less exhaust emissions and low noise levels. It is controlled and monitored via a control centre, and has the potential to make transportation safer, cleaner and more efficient.

Volvo Trucks will provide its first commercial autonomous transport solution to run in a real operation in Norwegian mining company Brønnøy Kalk AS. Six autonomous Volvo FH trucks will transport limestone over a five kilometer stretch from an open pit mine to a nearby port. The solution gives greater flexibility and efficiency as well as increased productivity

Based in Silicon Valley, Plus.ai was founded in 2016 by a group of Stanford PhD classmates who saw the strong potential of artificial intelligence to make a big impact on business and society. With trucking being the primary means of shipping in America, the founders decided to focus on self-driving technology to transform the trillion-dollar commercial trucking industry.

Plus.ai specializes in developing full-stack self-driving technology to enable large scale autonomous commercial fleets. We are one of the most advanced autonomous trucking companies today in terms of technological progress and were the first to obtain California’s Autonomous Testing License. The company has since been working on improving the robustness and safety of its fully functional Level-4 autonomous trucks.

Plus.ai closely collaborates with the largest OEMs to build self-driving trucks that are safer than human-operated vehicles. The company operates a fleet of autonomous trucks in pilot programs with the top freight shipping companies.

Find out more about Plus AI on Crunchbase

Waymo stands for a new way forward in mobility. it is a self-driving technology company with a mission to make it safe and easy for people and things to move around.

Waymo improves transportation by building software and sensor technology developed in Google’s labs since 2009. In October 2015, they achieved the world’s first fully self-driving trip on public roads, in a car without a steering wheel or pedals. They refine Waymo technology through one billion miles of simulation testing each year, and the cars have self-driven over two million miles on public roads across four U.S. cities.

It was founded in 2009 and is located in Mountain View, California.

Find out more about Waymo on Crunchbase

“Waymo’s mission has always been to make it safe and easy for people and things to move around. So far, the focus has mostly been on people; last fall we put the world’s first fleet of fully self-driving cars on public roads in the Phoenix area.

Now we’re turning our attention to things as well. Starting next week, Waymo will launch a pilot in Atlanta where our self-driving trucks will carry freight bound for Google’s data centers.” Waymo’s team posted on Medium.

23 January, 2020 Waymo tweeted, “this week, we’ll start driving our Chrysler Pacificas and long-haul trucks in Texas and New Mexico. These are interesting and promising commercial routes, and we’ll be using our vehicles to explore how the Waymo Driver might be able to create new transportation solutions.”
The race is on.

Tesla Motors was started by a group of Silicon Valley entrepreneurs and strives to create a revolution and accelerate the world’s transition to electric mobility with a full range of increasingly affordable electric cars.

Tesla vehicles are EVs (electric vehicles), which are transforming the way people drive and move. Tesla has gone public as of June 29, 2010 and has a market cap of $34.32 billion. Tesla Motors’ goal is to increase the number and variety of EVs through three strategies.

The first is to sell its own branded vehicle through its showrooms. The second is to sell premium, high-quality, patented electric components to other automakers. Lastly, it serves as a “catalyst and positive example to other automakers.” There has already been a movement in the EV market with the push of the GM Volt, rumored to have been inspired by the Tesla Roadster.

Unveiled by Tesla CEO Elon Musk in November 2017, the Tesla Semi is the company’s entry into the commercial trucking market, a completely electric vehicle complete with an ‘autopilot’ function to help provide assistance with semi-autonomous driving and safety for truckers over long journeys.

Find out more about Tesla Semi

Tesla’s plan for full Self-Driving is to have all Tesla cars (including the Truck: Semi) that come with advanced hardware capable of providing Autopilot features today, turn full self-driving in the future—through software updates designed to improve functionality over time.

Einride is a cargo and freight company that designs and builds technologies for transportation systems.

Einride specializes in electric and self-driving vehicles known as Einride pods (formerly T-pods). The pods are autonomous, all-electric transport trucks equipped with specialized modular trailers for pallets, timber, perishable goods and anything else that needs to be shipped.

Currently, the Pods are being remotely controlled by an operator. “The idea is that one operator in a remote location can access video feeds from multiple autonomous shipping trucks as they ferry goods to and fro. When the autonomous technology has a problem, the vehicle requests support from the operator after entering a ‘safe state’…” Forbes.

Find out more about Einride on Wikipedia

We believe self-driving trucks will be the first economically viable application of autonomous vehicle technology. We founded Kodiak in the spring of 2018 to make that belief a reality.

Safety is our top priority. We are taking a safe and responsible approach to developing and testing our technology.

We are proud to work with some of the best in the business. We’ve built a world class team of technologists from leading autonomous driving programs who know the industry inside and out. Our combined experience and commitment to the vision will allow us to put self-driving technology on the road in the safest and most effective way.

Gatik is a startup developing technology for deploying autonomous vehicles for short-haul logistics.

The company was founded in 2017 by veterans of the autonomous technology industry and has established offices in Palo Alto and Toronto.

Gatik’s mission is to deliver goods safely and efficiently using autonomous vehicles. With its fleet of light to medium-duty trucks, Gatik is leading the way in autonomous middle-mile delivery.

The company focuses on short-haul, business-to-business (B2B) logistics for the retail industry, enabling its customers to optimize their supply chain at affordable convenience.