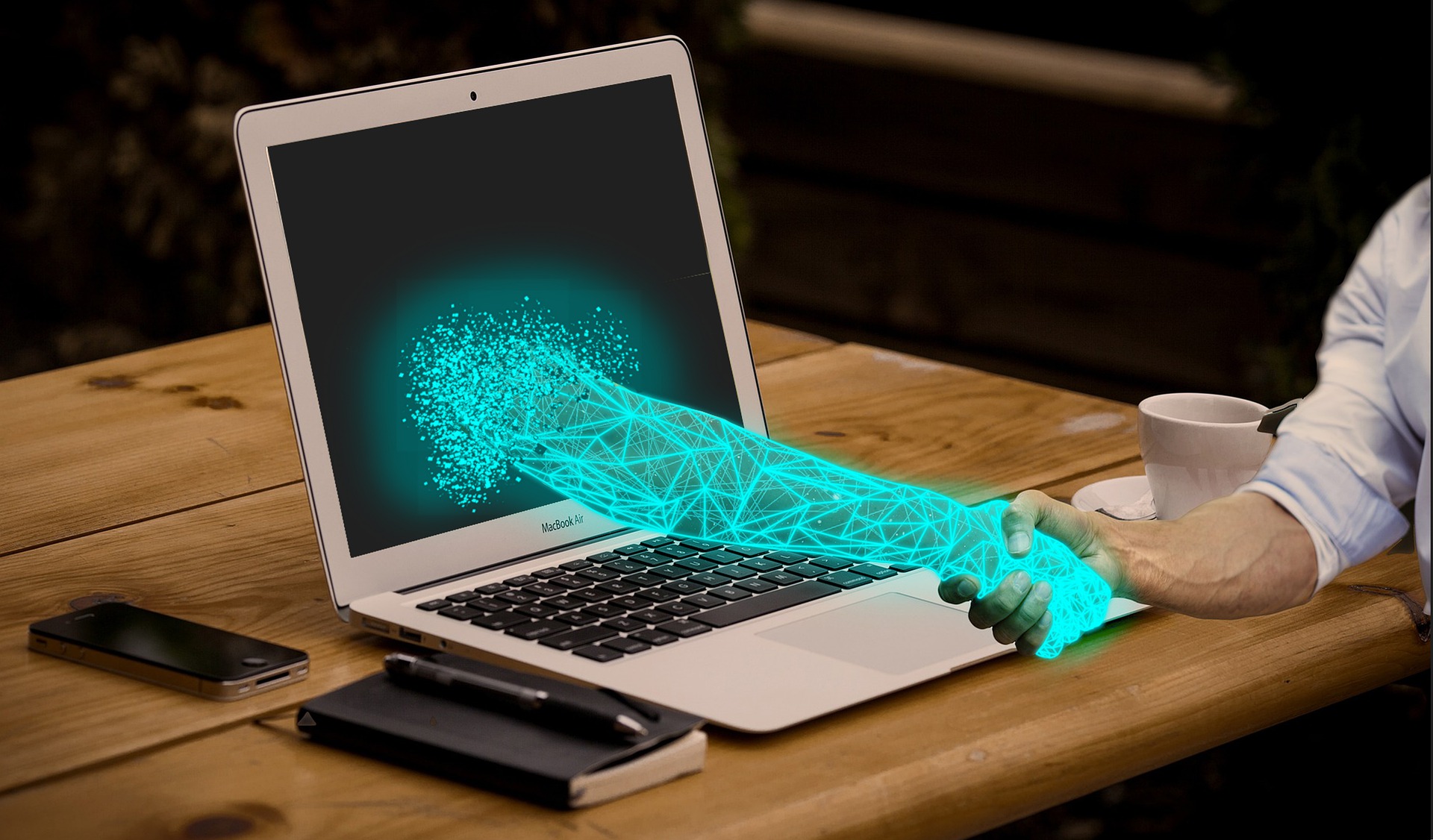 Artificial Intelligence (AI) has been a buzzword for decades and its development is not far off. Developing AIs has been an age-lasting marathon for mankind and honestly, most people find it difficult to understand the extent of AI development.

More so, getting into AI development is an uphill task, especially for beginners.

What really is AI development? And how does one get started with it?

Artificial Intelligence was born in 1956 (official at least) and with its birth began its development.

In 1956, a group of scientists came together at a workshop at Dartmouth College to establish the field of Artificial intelligence, notably, John McCarthy (one of the founding fathers of AI) coined the term “Artificial Intelligence” there.

But, the “idea” of Artificial Intelligence has been around centuries before, since antiquity. Yes, the idea of artificial intelligence began in ancient times and was passed down through ancient myths and in fiction.

In Greek myths, for instance, Hephaestus, the Greek god of technology, created Talos (giant bronze automation) to protect Crete from pirates and invaders. From ancient myths, the idea of an Artificial being (system) capable of imitating human intelligence kinda stuck.

That idea was kept afloat through classical philosophers (who promoted the idea through their philosophies) and fictional works until Dartmouth.

At Dartmouth AI research and development were born, established so to say. And since then, we have pretty much been in the business of developing AIs; trying out many approaches, going through AI winters and AI booms, until we arrived at deep learning.

Here is a detailed article on how to learn artificial intelligence, in case that’s your interest.

What is AI Development?

AI development is the process of training artificial intelligence systems with relevant and sufficient data to enable them to carry out intelligent tasks almost as effectively as humans (or even more).

It’s important to note that the above definition is as practical as AI is today.

There are actually three types of AIs:

Of these three types of AIs, it’s only narrow AIs that are being developed today and the other two are just hypothetical AIs, with General AI being researched.

Come to think of it, do you know that there is a difference between developing and researching?

So, AI development today is really centered on the development of Narrow AIs; getting systems to carry out specific intelligent tasks.

And it’s really fun and great to develop.

To put it in the words of Philip Boucher, in a European Parliamentary Research Service Document, “The primary reason why AI matters is because of the immense potential it presents, both currently and speculatively, to benefit our lives.”

THE POTENTIAL: It’s all to do with its potential.

It’s no news that AI has the potential to make human life easier, safer, healthier, and more interesting.

AI today is already impacting many industries/sectors positively especially the health sector, where AI technologies have been deployed to save lives.

Artificial Intelligence presents us with more advantages than its seeming disadvantages (and that’s up for debate).

Nonetheless, one cannot deny nor underestimate the potentials of AI to make human life better and that’s why it mattered and matters.

Artificial intelligence is an intelligent machine (an intelligent system) and we instruct/train machines in languages they can understand. That makes sense. Kinda tricky.

Machines understand the ‘machine language’, which has developed into something called computer languages or programming languages.

However, here are the best and most popular programming languages amongst AI developers used in Artificial Intelligence Development:

Click this link for a more detailed elaboration on the best programming languages for AI development.

Python Programming Language: It is currently the most popular language used in AI development and as such it’s considered the best language for AI Development. One of the major things that draw AI developers to python is its simplicity. Good Lord! Python is a beginner-friendly language, so easy to learn, and this is because its syntaxes are simple. Check this out.

Seven lines of codes in Java for something that could be done in one easy and straightforward line in Python.

There is this weird story, I started my ‘true’ journey into the coding world with python because I wanted to learn artificial intelligence. I got to this point where it felt like programming was so easy and fun, like so easy. Until I started learning and programming in Java. You know the rest.

Java Programming Language: It is still the most popular programming language amongst programmers in general, according to TIOBE Index 2019. Java is also the official language for Android Development, no wonder it’s that popular.

Javas popularity plays a role in making it one of the best programming languages for AI development, especially for android. Most importantly, Java has rich libraries and frameworks (such as Deeplearning4j, Weka, and JavaML) for AI development, plus a vibrant AI developer’s community.

Do you know that the Android OS has almost 80% market share of Global mobile OS. If you do, then you should understand why Java cannot be ignored or downplayed for AI development.

There is a range of varying tools used in AI development, ranging from hardware (such as LAPTOPS/DESKTOPS), frameworks, and libraries.

The better tools adopted the easier will the development of AIs be.

Here are the best and most popular tools used in AI Development:

There is not quite much hardware used in artificial intelligence development. And for individual developers, a good laptop is the primary hardware.

Unfortunately, not every laptop is suitable for AI development, the best laptops for Artificial intelligence development should have a minimum of 16/32GB RAM, NVIDIA GTX/RTX series, Intel i7, 1TB HDD.

Here are the best laptops for Artificial Intelligence Development:

The Lambda Tensor Book Laptop is probably the best laptop for artificial intelligence development in the market right now. It was developed specifically as a laptop for deep learning.

The ASUS ROG Zephyrus S is a gaming laptop that is highly suitable for AI development due to its outstanding specs (features) that come at a relatively cheap price.
I will call it, the best value for your cents.

This is when the ASUS ROG Zephyrus S comes in, it comes cheap and has similar features as the Tensor Book Laptop (of course without the pre-installations and customizations for AI development).

For those developers who live and breathe the Apple Ecosystem, the Apple MacBook Pro 16” and 15” are suitable for AI Development.

Mackbook Pro 16” is one of the best laptops for AI Development and prominently, it comes with the multi-tasking feature. Like the ASUS ROG Zephyrus S, it has similar features with the Tensor Book, save for pricing.

MacBook Pros as you may already know are not budget laptops for most people, they are expensive as ever. But it’s probably worthy remaining in the Ecosystem, right?

Next up are IDEs (Integrated Development Environments).

There are many IDEs used in AI development, but the best IDEs are ones that are flexible, that can enable you to carry out different kinds of projects within the same IDE. You probably don’t want to be jumping from one IDE to another.

Here are the best IDEs for AI Development:

I give credit to Microsoft for doing a great job with Visual Studio. Visual Studio is one of the most flexible and popular IDEs for AI Development, that will enable you to carry out varying AI projects.

It has specialized Visual Studio Tools for AI development and is adaptive to many programming languages.

PyCharm is probably the best IDE for AI developers using a python programming language. It is one of the most popular IDE amongst Python Professional Developers and was developed by JetBrains.

Since python is probably the best and obviously the most popular language for AI development, pyCharm becomes a natural IDE for python programmers.

To its credit, PyCharm has one of the best smart code editors, that makes coding easier and it comes with a huge collection of tools that makes AI development easier and faster.

You have a Laptop suitable for AI with a suitable IDE installed, the next tool to add to your AI toolkit are AI development frameworks/libraries.

Here are the best and most popular frameworks/libraries for AI Development:

TensorFlow is an open-source library used in AI development in Neural Networks. It supports python programming languages and other languages such as C, C#, Go, Java, and Javascript through APIs. It was developed at Google and used for AI Research and development.

Deeplearning4J as the name probably implies, is a deep learning programming library written for Java and the Java virtual machine, and it’s a framework that supports the development of Deep learning algorithms.
It can be used via multiple API programming languages such as Java, Python, Scala, and Kotlin

PyTorch is an open-source machine learning library, primarily developed by Facebook. It is used in the development of AI applications such as computer vision and natural language processing and planning. It is primarily developed for python but it also has a C# frontend.

CAFFE, don’t mistake it for café. It is actually an abbreviation of Convolutional Architecture for Fast Feature Embedding (CAFFE).

CAFFE is a popular open-source deep learning framework, it was developed at the University of California Berkeley.

Other AI Development Frameworks/libraries are:

Artificial Intelligence development is straightforward and yet difficult or rather complicated. But it is a fun process in many ways.

AI development has brought hope to mankind in many ways, it is saving lives even as you read this article.
With every passing moment, AIs are penetrating more industries and affecting more lives. We are most likely to see more advancement in AIs as we are likely to see the sunshine.

For now, AI development still roams in the realm of Narrow AIs and hopefully, someday we will experience breakthroughs into the realm of true General AIs.