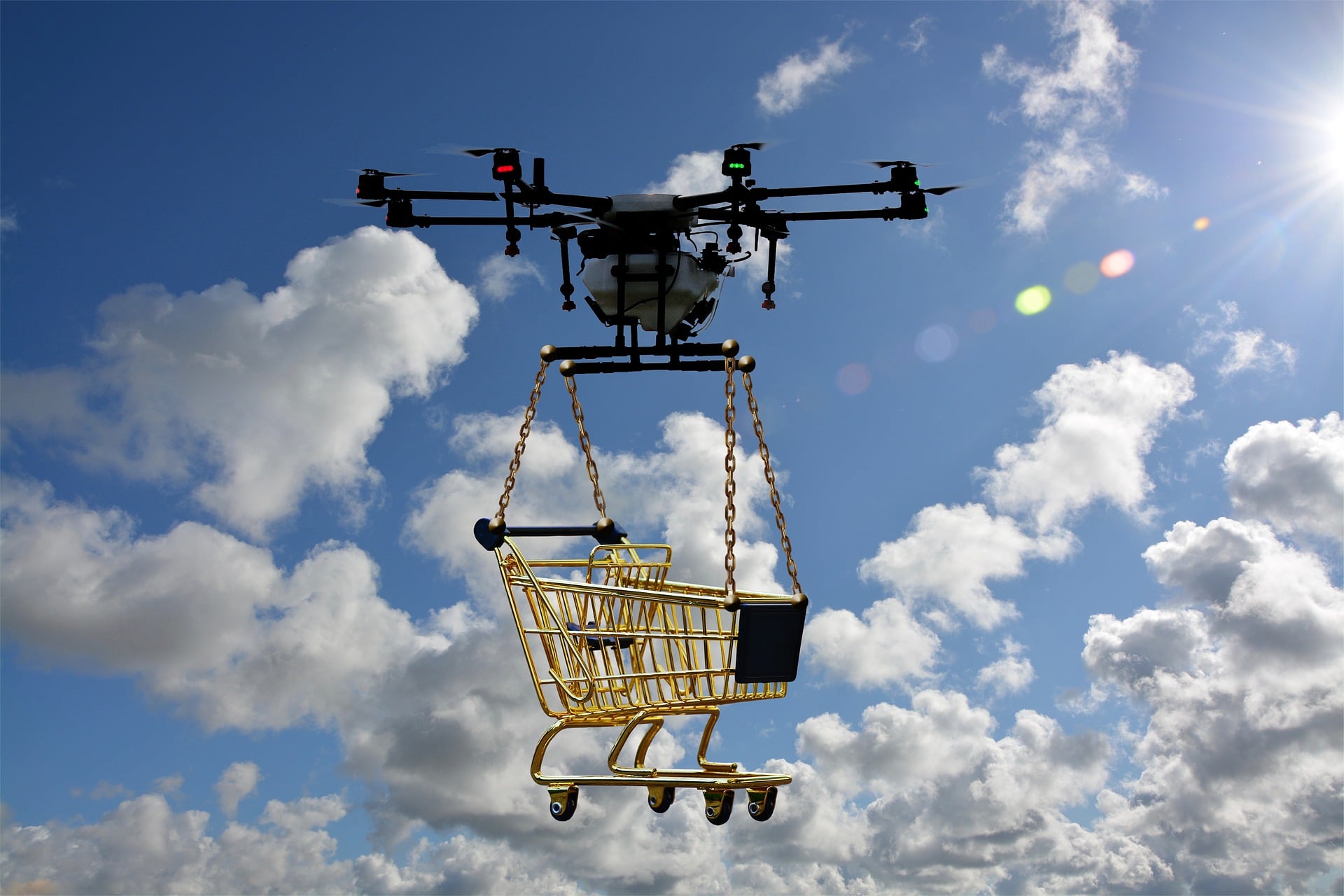 A new wave of transportation of packages, food and other lightweight goods is being done aerial and unmanned using what is known as “delivery drones”.

Amazon, the ecommerce giant, has a dedicated service (Prime Air) that will deliver packages up to five pounds in 30 minutes or less using small drones. Other major ecommerce powerhouse like Walmart has plans for similar use of drones.

Delivery drones are operated autonomously and remotely and is been deployed in delivery time-sensitive items such as medicine, and in location that otherwise would be difficult to access.

Drone delivery is on the rise, and many companies are making it practical through their development and deployment.

Here are a list of drone delivery (cargo drone) companies:

Wing’s delivery drone is one of the safest ways to transport for items. The company’s aircraft have flown tens of thousands of flights, and we’ve been delivering everyday goods to doorsteps, driveways, and backyards.

Wing complies with all regulations in each area we operate, and adheres to an extremely rigorous safety framework. Wing has multiple levels of redundancy built into our aircraft and operations, and these have been thoroughly tested throughout the 70,000 test flights we’ve conducted.Wing has designed a drone that can pick up a package, fly to a designated site, hover over the delivery area, and gently lower the package to the ground at a precise location.

The company’s drones map a safe route to a designated location using our UAS traffic management system (UTM). The UTM plans a flight path from take-off to landing, avoiding other Wing drones and obstacles.

Zipline is a California-based automated logistics company that designs, manufactures, and operates drones to deliver vital medical products. Zipline’s mission is to provide every human on Earth with instant access to vital medical supplies.

In 2014, Zipline was created to deliver medicine to those who need it most. Since then, the company has built the world’s fastest and most reliable delivery drone, the world’s largest autonomous logistics network, and a truly amazing team. Zipline designs and tests its technology in Half Moon Bay, California.

The company assembles the drones and the technology that powers its distribution centers in South San Francisco.

Zipline performs extensive flight testing in Davis, California, and operates distribution centers around the planet with teams of local operators.

Flirtey provides drone delivery service of retail and e-commerce items to consumer homes. It is driven by a mission to improve lifestyles by making delivery instant for everyone.

Flirtey was founded in 2013 and is headquartered in Reno, Nevada.

Wingcopter is an award-winning German developer, manufacturer, and operator of unmanned eVTOL fixed-wing aircraft dedicated to improving the lives of people worldwide through meaningful commercial and humanitarian applications.

The start-up focuses on the delivery of goods such as medicines to remote health facilities, packages, and food to privatehouseholds.

Taking off and landing vertically like multicopters, Wingcopters fly long distances as efficiently and quickly as fixed-wing aircraft, reaching ranges of up to 75 miles (120 kilometers) and a Guinness world record speed of 150 mph (240 km/h).

Even in strong winds of up to 44 mph (71 km/h) or inclement weather, Wingcopters fly autonomously and reliably.

Wingcopters are also used for the efficient inspection of public infrastructure and for long-range mapping applications.In 2020, Wingcopter was named a Technology Pioneer by the World Economic Forum.

The Drone Delivery Pioneers. Offering a delivery solution simpler, faster, cheaper and greener than ever before. Whether you’re a drone operator seeking to expand, logistic service, or, setting up a new business, Flytrex provides everything you need to start delivering with drones easily and affordably.

Currently operating in Iceland and the U.S. (as part of the FAA drone pilot program).

Amit Regev and Yariv Bash founded it on November 1, 2013, with its headquarters in Tel Aviv in Israel.

Matternet is a technology platform for urban aerial delivery. In March 2017, Matternet became the first company in the world to be authorized for urban drone delivery operations in Switzerland.

In May 2018, the company was selected to participate in the FAA’s Drone Integration Pilot Program for operations in North Carolina and San Diego. In March 2019, Matternet and UPS announced a partnership to implement drone delivery services at US hospitals and launched the first ongoing revenue drone delivery operation in US history at Wakemed in North Carolina.

Founded in 2011, Matternet is headquartered in Mountain View, California.